founders of the bite.

Get to know the guys, their journey, and how they turned their obsession with sundae cones into a bite-sized snack for the world to enjoy.
Jarod: CEO
Tyler: COO

Our founders grew up eating hundreds, if not thousands of sundae cones throughout their childhood; from ice cream trucks, grandma’s house, anywhere they could get their hands on them. There was always a sense of excitement and happiness every time they got down to the end of the sundae cone filled with chocolate. One day, they realized that was their favorite part of the sundae cone all together. They figured they weren’t the only ones who felt the same way, and just like that, Muddy Bites was born. 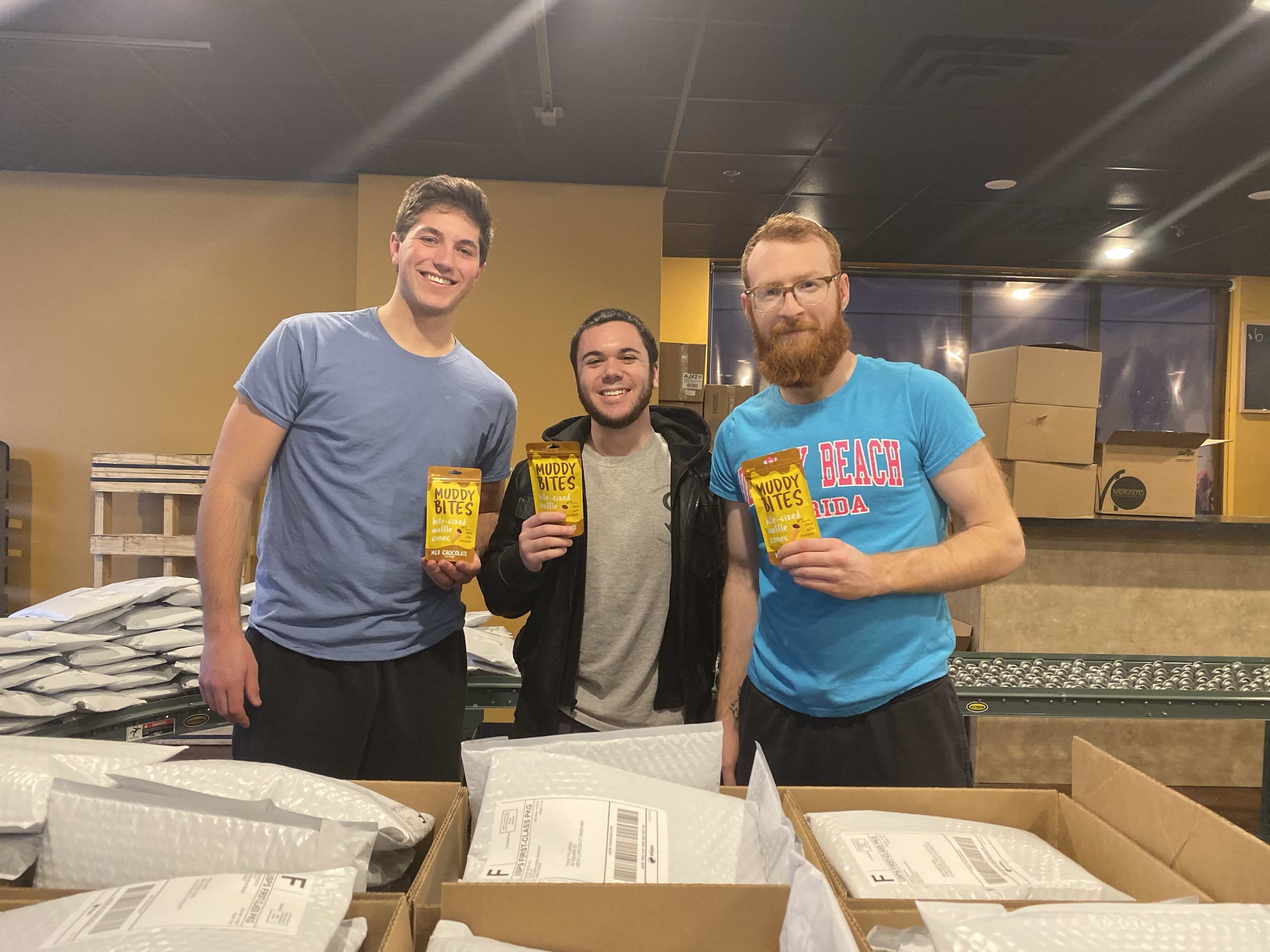 Our founders grew up eating hundreds, if not thousands of sundae cones throughout their childhood; from ice cream trucks, grandma’s house, anywhere they could get their hands on them. There was always a sense of excitement and happiness every time they got down to the end of the sundae cone filled with chocolate. One day, they realized that was their favorite part of the sundae cone all together. They figured they weren’t the only ones who felt the same way, and just like that, Muddy Bites was born.

Jarod (left): The CEO that makes sure things are running smoothly. Handles our website, branding, and business development.

Alex (middle): Our CMO that handles our day-to-day social media, support, and marketing departments.
‍He's not as short as he looks... ;)

Tyler (right): The COO that handles our day-to-day operations at our facility and making sure our customers & clients get their bites.

Hey! My name is Jarod, partner/CEO and I wanted to share a little more about our WILD journey so far building Muddy Bites.

We originally started back in 2018 when we had an idea to make our favorite part of a sundae cone as a bite-sized snack. As a bunch of 22 year olds at the time, we set to Kickstarter to crowdfund our first production run, since well, we were 22 and needed money! However, it did not go as we had originally planned. In-fact, we FAILED the 30-day campaign and our idea had to wait a little longer.

Shortly after, we went back to the drawing board. And after some new strategy, we set to Kickstarter again, because we weren't giving up! This time, setting a new goal of $10,000 as we knew this was a goal we could hit. And to our surprise, we were successfully funded within 72 hours! Raising $15,989 after the full 30 day campaign. And with our goal met, it was time to turn our idea into reality, creating this bite-sized waffle cone for thousands to enjoy. And boy, were we excited!

Next, we moved into our own facility which was roughly 500 sqft, handcrafting Muddy Bites for our Kickstarter backers. After several months of burning ourselves (lol don't worry, we're ok!) making, filling, & trying to figure out how to make these bite-sized cones at a larger capacity, we sent our Kickstarter backers their order.

AND THEY FELL IN LOVE WITH OUR BITES!
‍
That's when knew we had something special.

Fast forward many months, we have now moved into a new 2,500 sqft facility located in Ames, IA. Launching our full online store on November 4th, 2019. This day turned into what we expected Muddy Bites to be. Producing more than $20,000 in sales in 800+ orders on our launch day.

From our launch up until March, we were rolling on all cylinders! Including nearly 200 retail locations between Hy-Vee and 7-Eleven.

Then, COVID-19 hit... Which is where we made the very difficult decision to shut down our facility for safety & health concerns for our staff as well as our customers. We closed our facility for nearly 90 days from March to June (2020). However, due to our amazing customers, we opened back up and have been fully operational again since June 11th. And the best part, during our shutdown period, we took in over 3,000 orders from you all (even though you KNEW we were closed, you guys are crazy but wow did we appreciate it!). This put us into a "back-up" period and took us about a month or so to get caught up with these orders due to safety procedures in place.‍‍

Today, Muddy Bites has grown into:

team members (& growing)
And we aren't slowing down...
‍
‍In-fact, we have some pretty big plans for the future to grow Muddy Bites into a globally known snack. Some of these plans include flavor expansions (lots of potential flavors), retail distribution (we've talked with Walmart, Target, Costco, 7-Eleven, Hy-Vee, and many more), international shipping (yes so anyone in the world can enjoy), merch, and so much more. The ideas keep coming for us, which make growing Muddy Bites extremely fun.

The hardest part for us is making everything by hand - yes, Muddy Bites are made entirely by hand by our 40+ staff. Handcrafting your bites day in and day out.

So when you place an order through our online store, tell a friend or family member about us, share on social media, or even read our marketing emails, it TRULY supports us on our growth plan. And we can't thank you enough for the support thus far and we can't wait to see what's to come in the future!

Until next time,
Jarod & Tyler.

see the bite yourself. 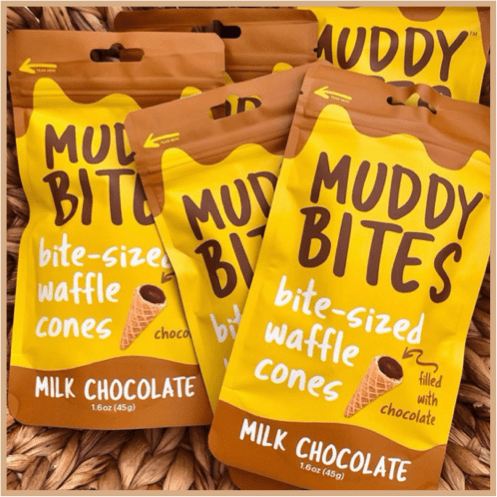 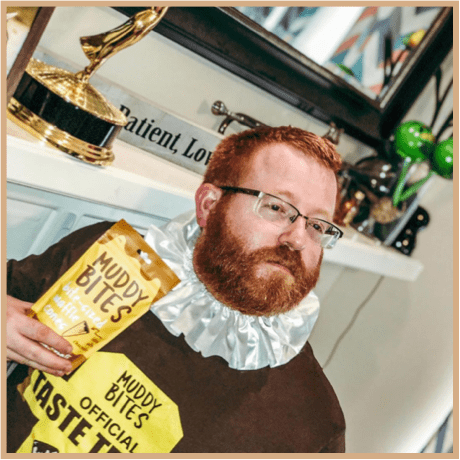 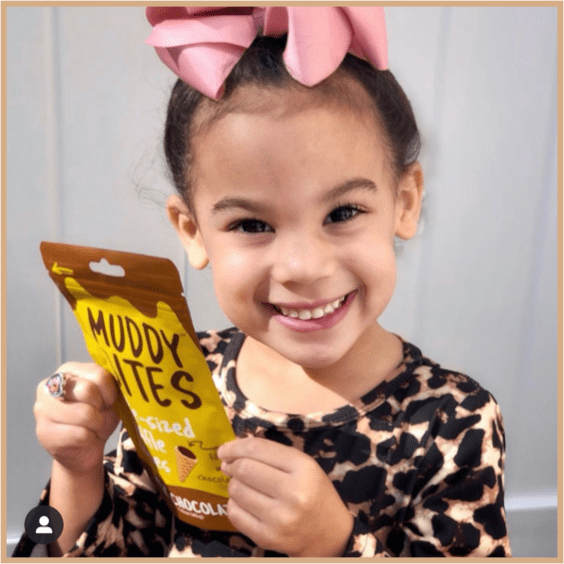 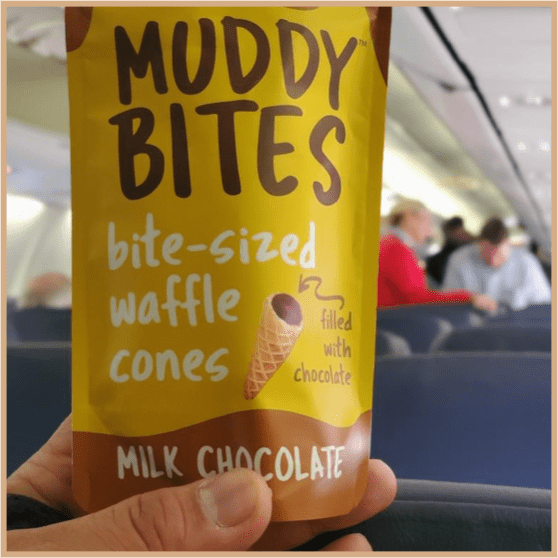 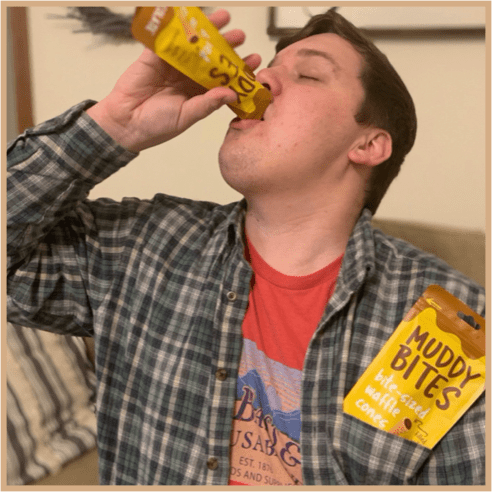